The G76 cycle is a threading cycle that allows the program to go through any single thread in either a single or a double block of program code. myCNC uses the 10/11/15T and the 0T/16T/18T style parameters.

The two-line thread cycle consists of a command in the following style:

NOTE: The R/P/Q addresses of the first and the second line are not the same and have their own meaning within each block only.

Due to different CAM software packages using different units (for example, mm in Fusion 360 versus 1/1000th of a mm in SolidCAM), a toggle in Settings > Config > G-codes settings > G76 Fusion Syntax is necessary: 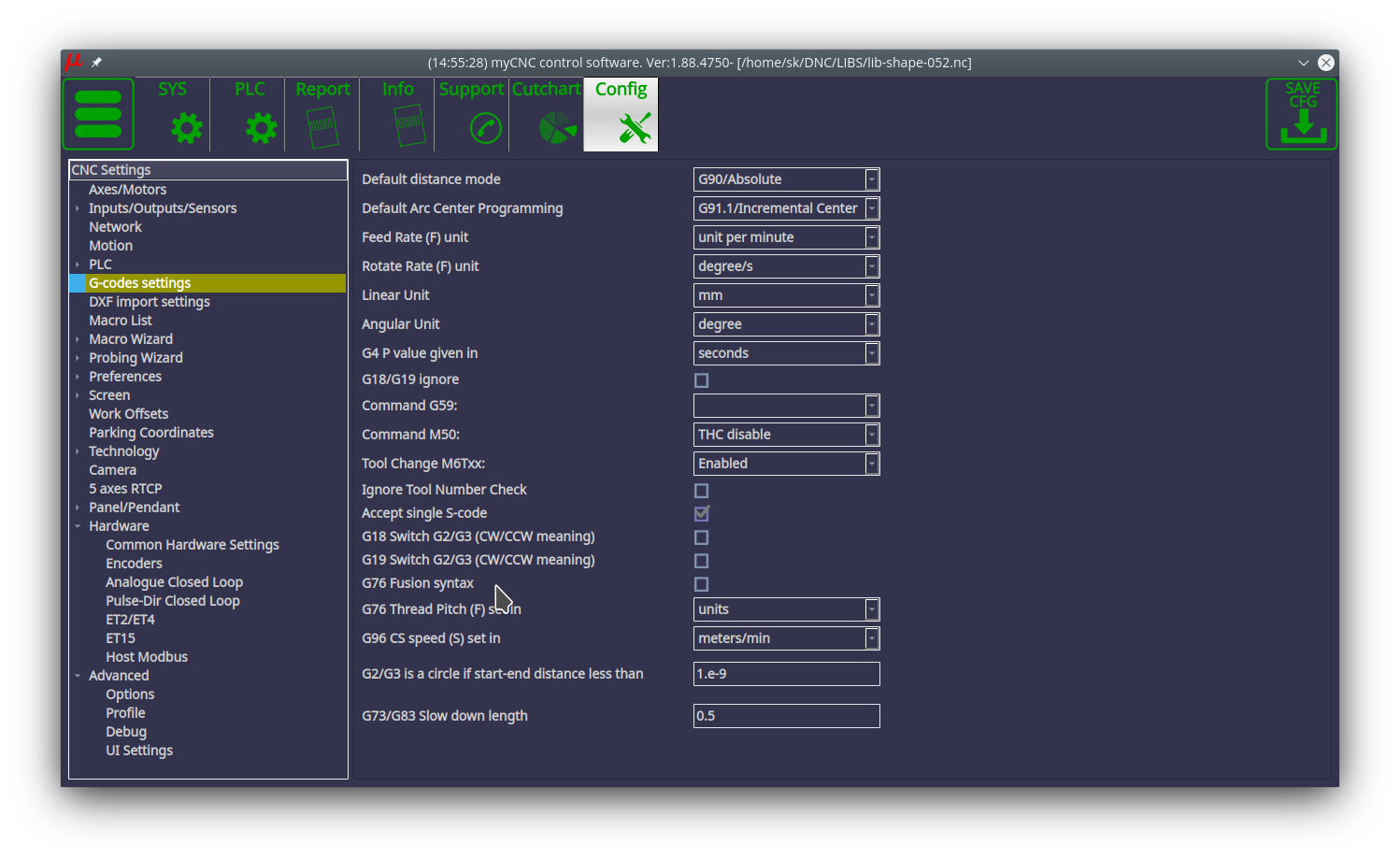 The above toggle allows the user to switch between the two units systems.

The P- and A-parameters allow to control for the thread cutting type and thread insert angle respectively. The A parameter table is available below:

The radial infeed is programmed with the A0 parameter, while non-zero A parameter represents compound infeed. Additionally, the P parameter can also be selected for a one-edge or a two-edge cutting mode which either has a constant amount or a constant depth for the infeed: 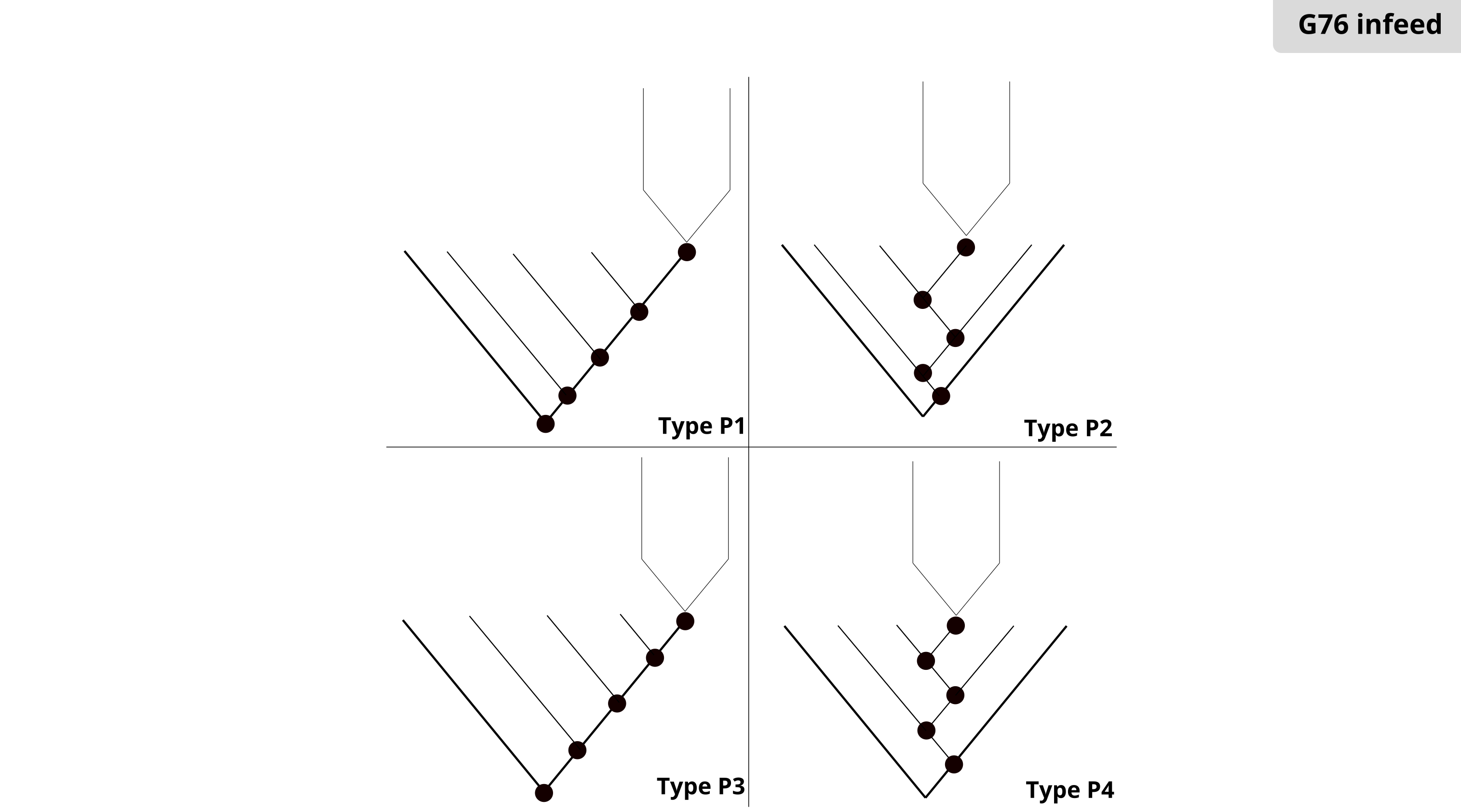 If the P-parameter is omitted in the G76 command, then the P1 mode is used by default.