This manual is designed to introduce the reader to the setup process of the CNC Vision system, and some of its applications which include the creation of a Digitally Aligned Cutting System.

The CNC Vision System is often used in the X1366V Tangential Cutting profile. The description of the X1366V GUI is available here: Basic profile for Tangential Knife.

Please note that the Vision System license for correcting the generated G-code using registration mark reading is a separate license that must be purchased in addition to the myCNC controller in order for the DACS (Digitally Aligned Cutting System) to be enabled (available as part of the CNC Vision Kit package in our Online Shop).

NOTE: The CNC Vision functionality is currently supported on Linux systems ONLY.

A video with the recap of the manual below is available here:

In order to set up the camera, you must go into the CNC Settings > Config > Camera. The screen presented to you will be the one shown below: 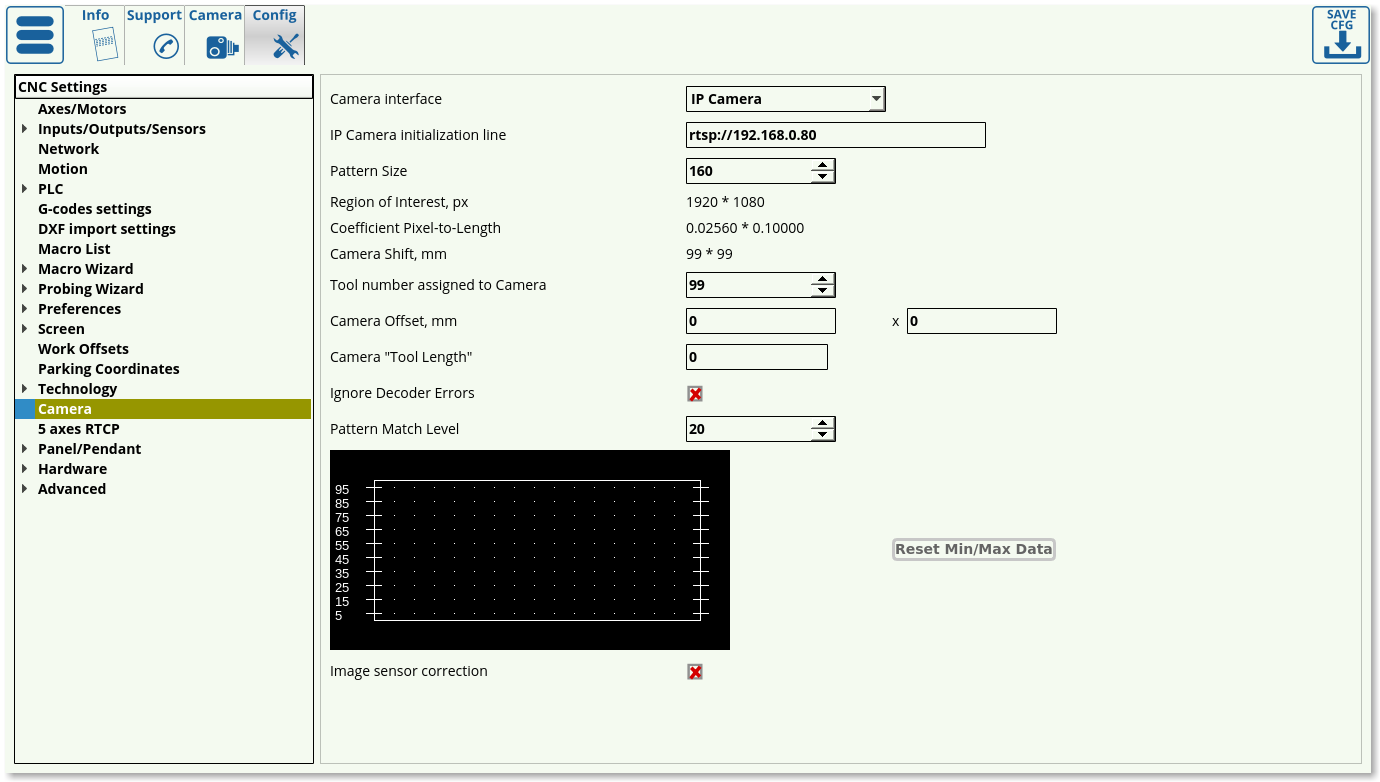 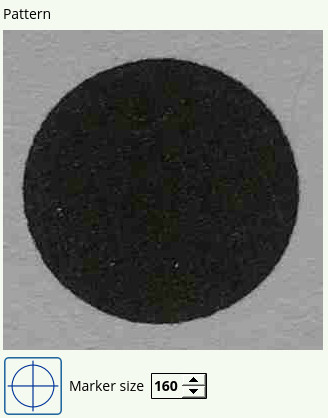 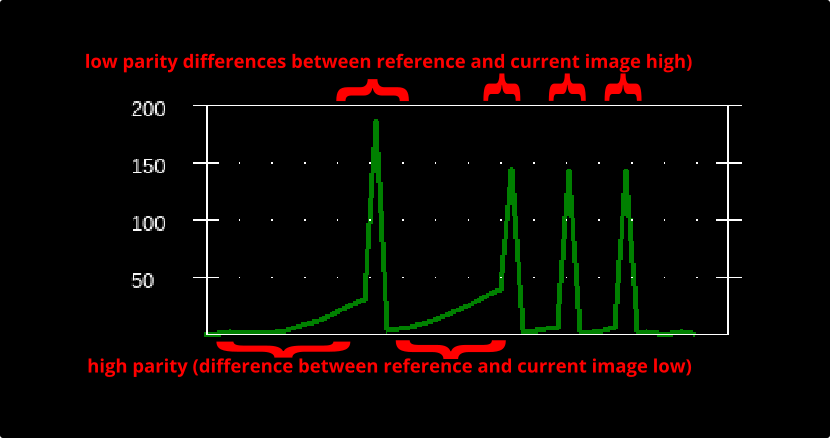 The Vision system is controlled through a series of M-code PLCs which can be found in Settings > Config > PLC > Hardware PLC. 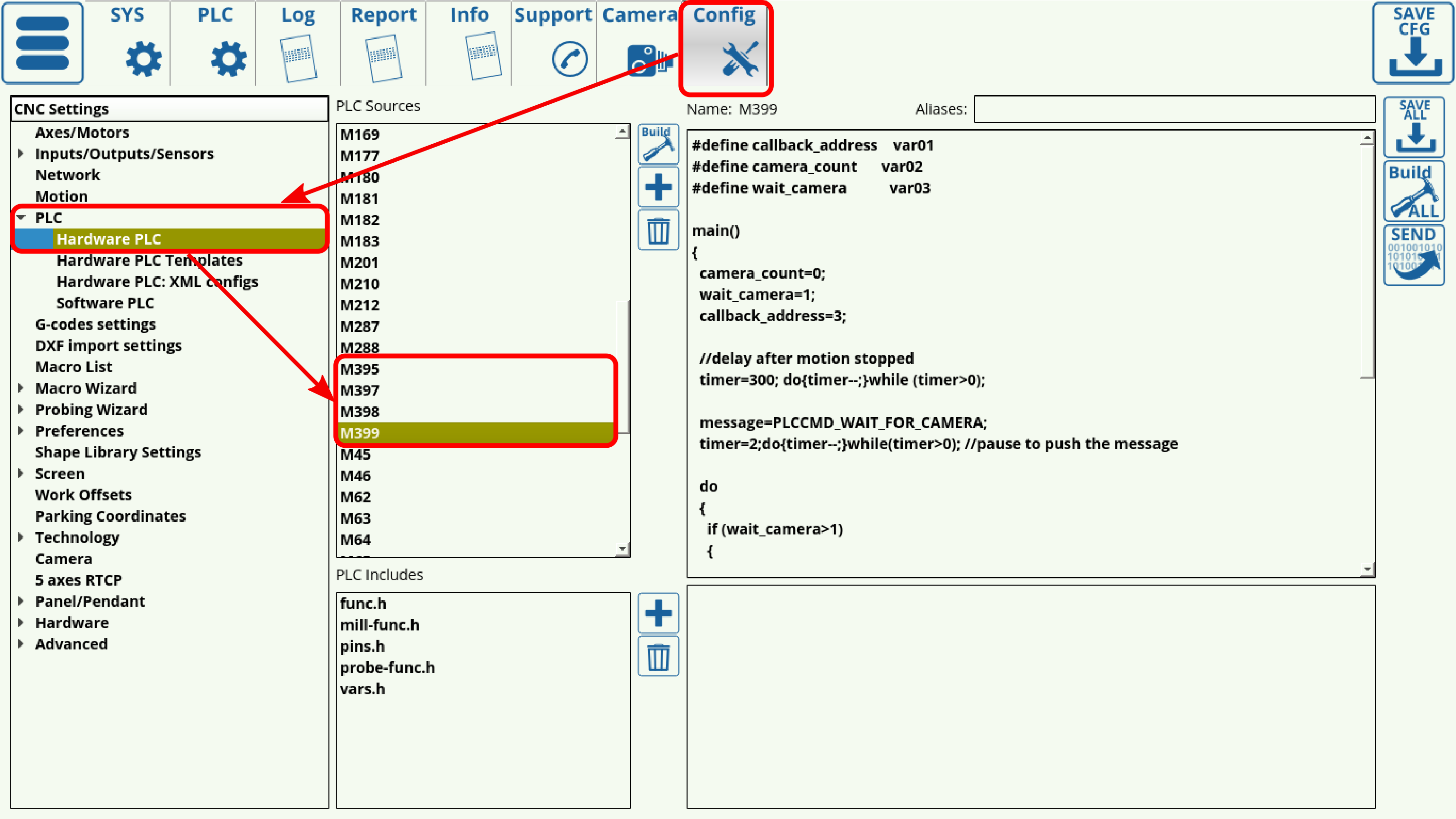 The following PLC procedures are used:

These PLCs are added automatically into the G-code when importing a DXF file into myCNC. In order for the system to recognize the markers, the markers need to be drawn as roughly 6mm circles inside a separate layer named Camera within the DXF file. The user must have a valid Vision System license to use this function.

Additionally, as all the camera operations are done through a simple combination of commands listed above, the user may choose to forego DXF import altogether. Instead, the movement to the coordinates of the marker (via G0) and the M399 command to search for markers, as well as М397 and М398 serving as header and footer for the necessary block of code, can be added directly via a CAM or a post processor at appropriate positions. This allows the user to utilize their preferred CAM software, which may often have additional functionality as compared to the standard DXF import bundled with myCNC. 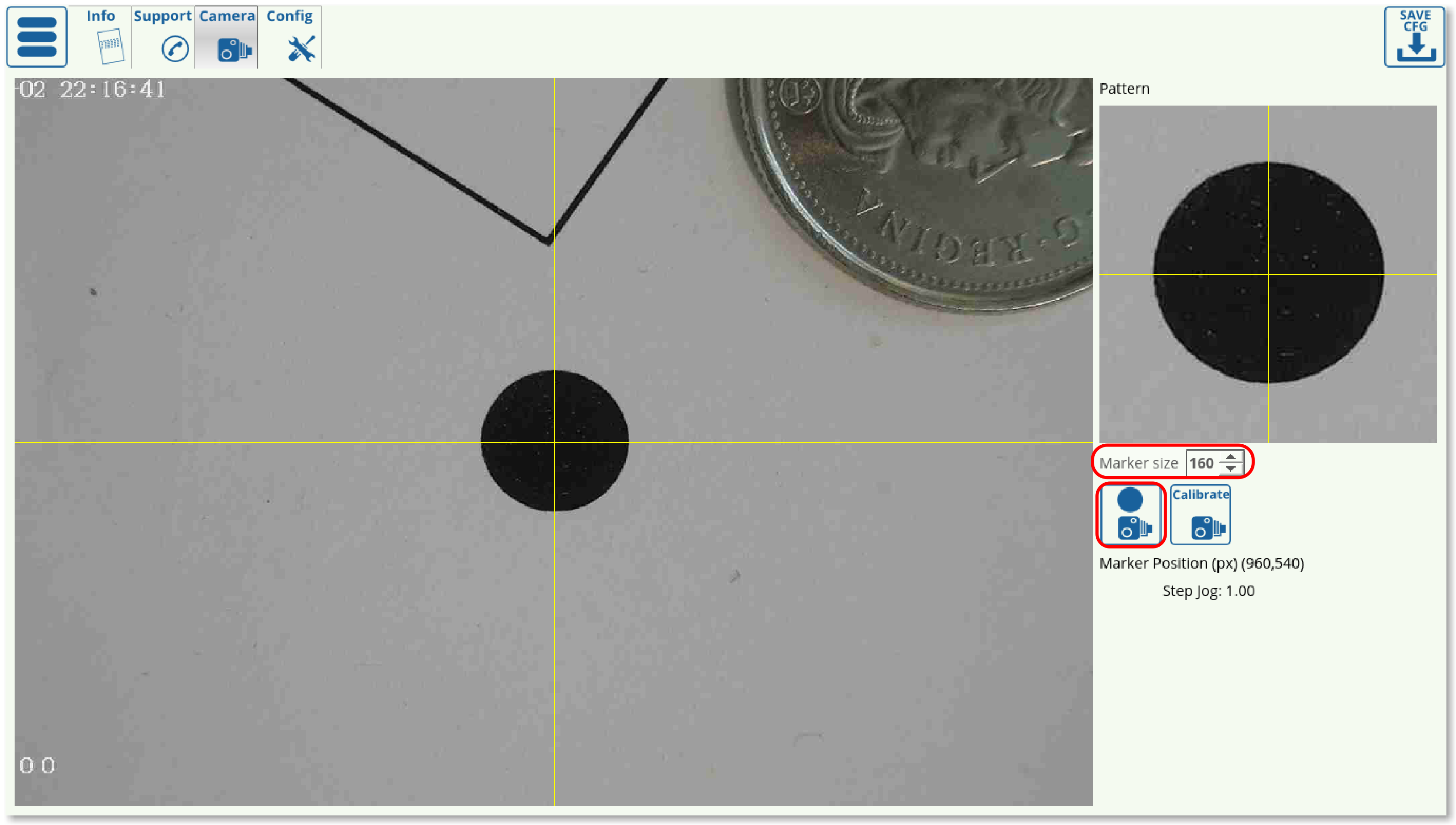 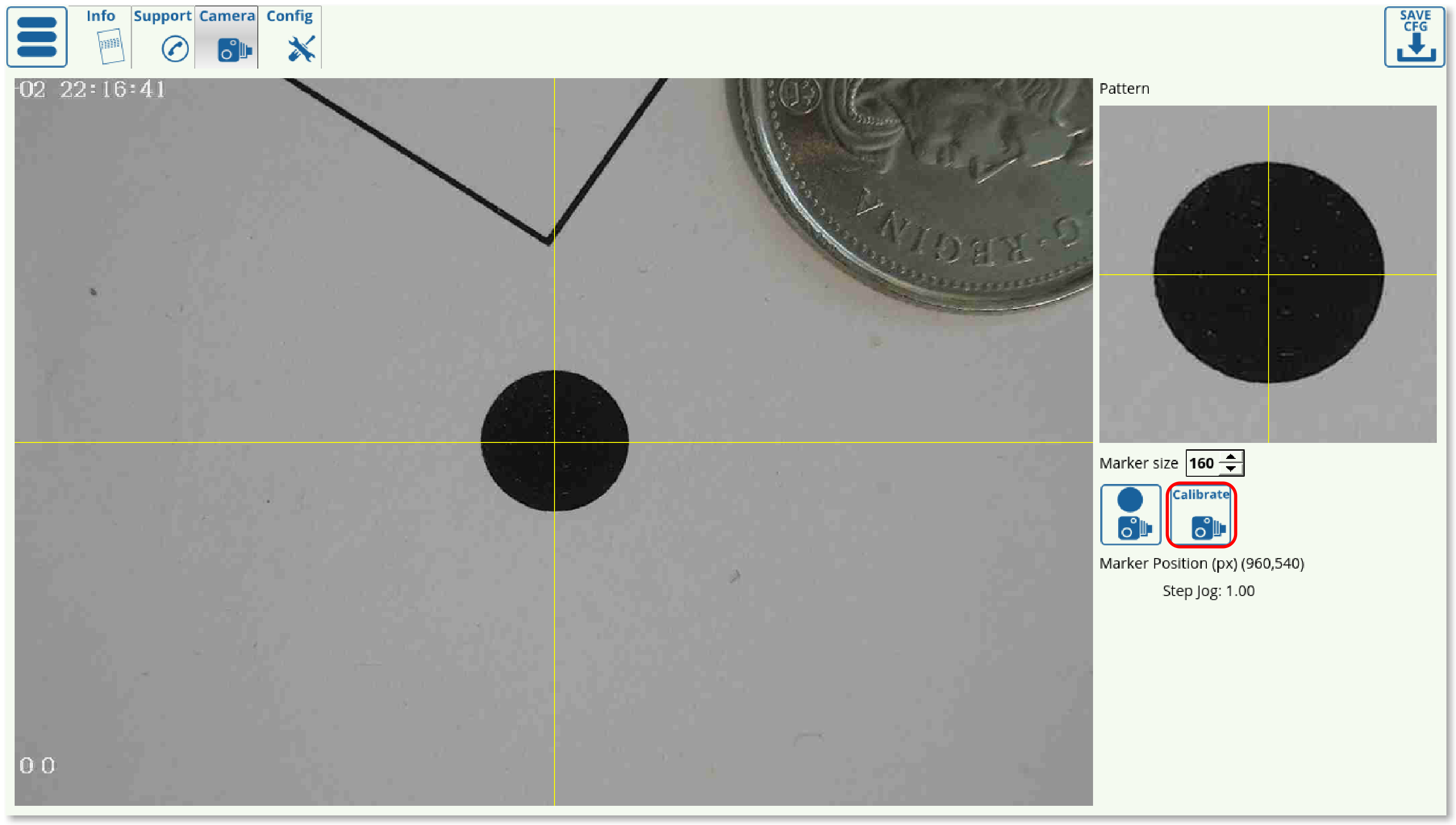 The calibration process should be complete after the camera has moved in both the positive and the negative directions in both axes, and the results should be registered in Settings > Config > Camera: 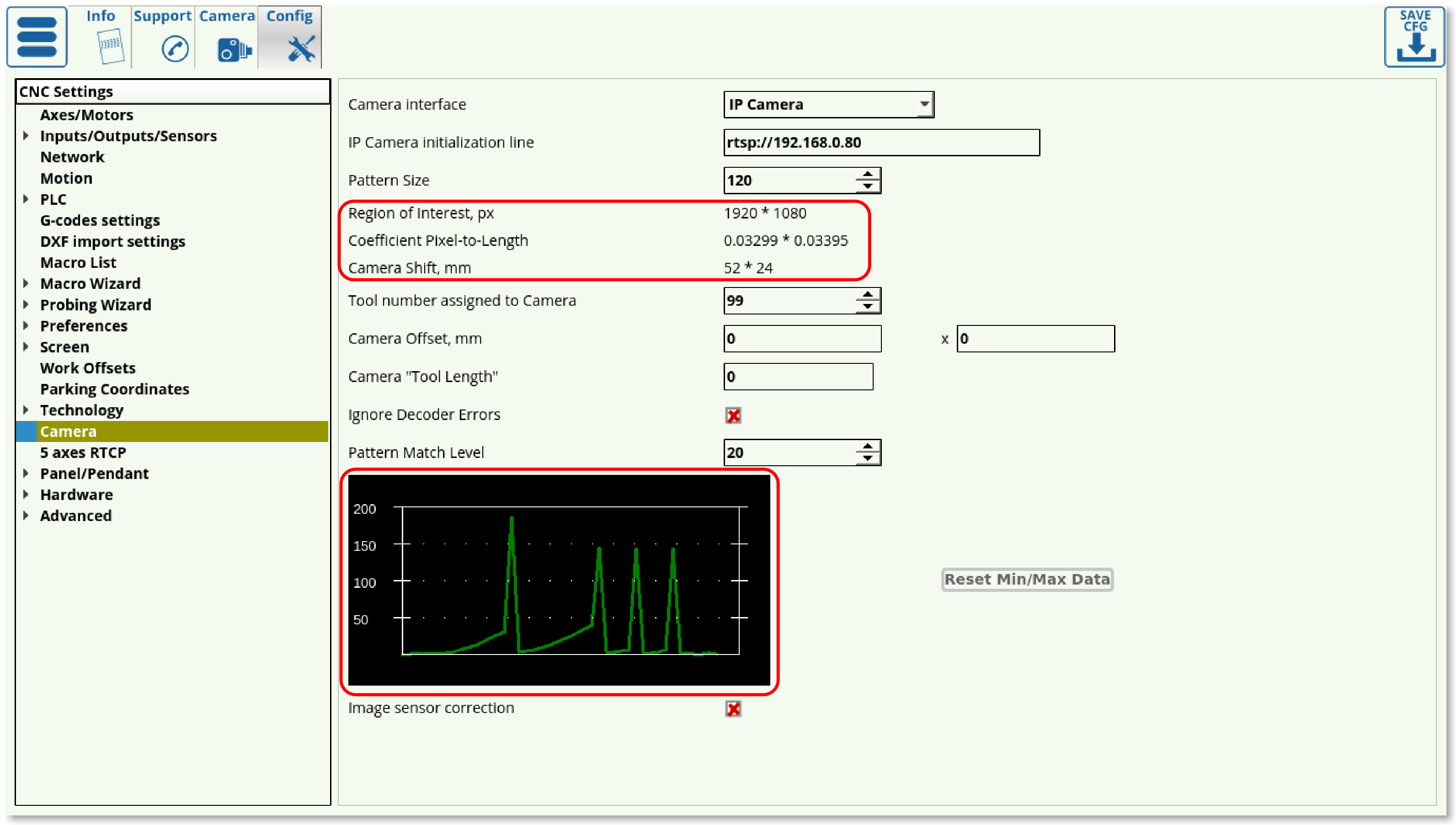 Setting up the pixel to length coefficients

Obsolete method only used on program versions older than July 2019. In all recent versions the pixel to length coefficients is calculated automatically by the program during the calibration process.

The pixel to length coefficient is necessary for the camera to know how many millimeters it had moved after having traversed a certain number of pixel to the left/right/top/bottom of its original position. This procedure is done by finding the ratio of millimeters moved to pixels travelled. While it is automated in the newer versions of myCNC software, it can also be done manually in the older software versions.

In order to do so:

1. Go to the Camera tab of the myCNC software 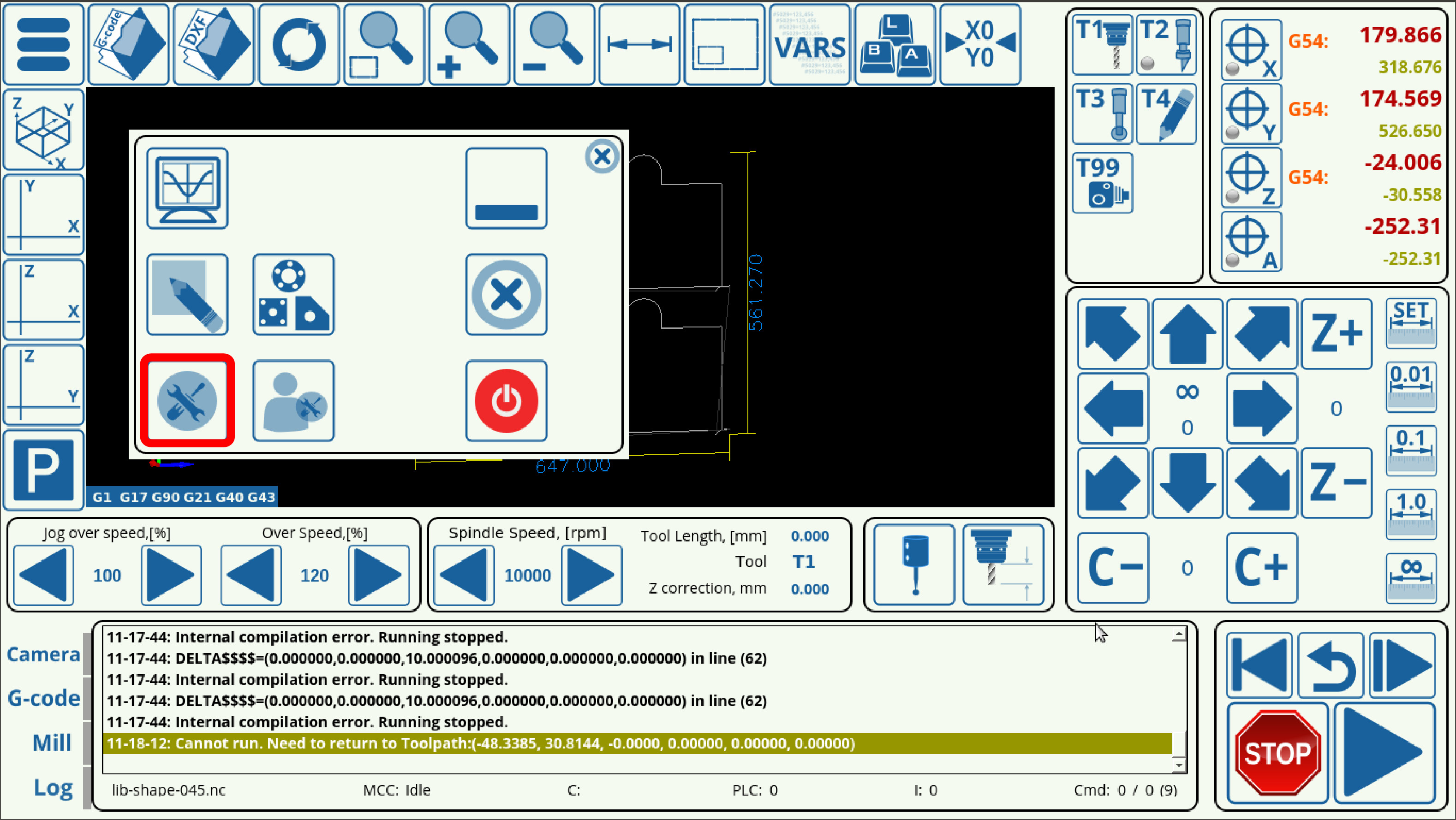 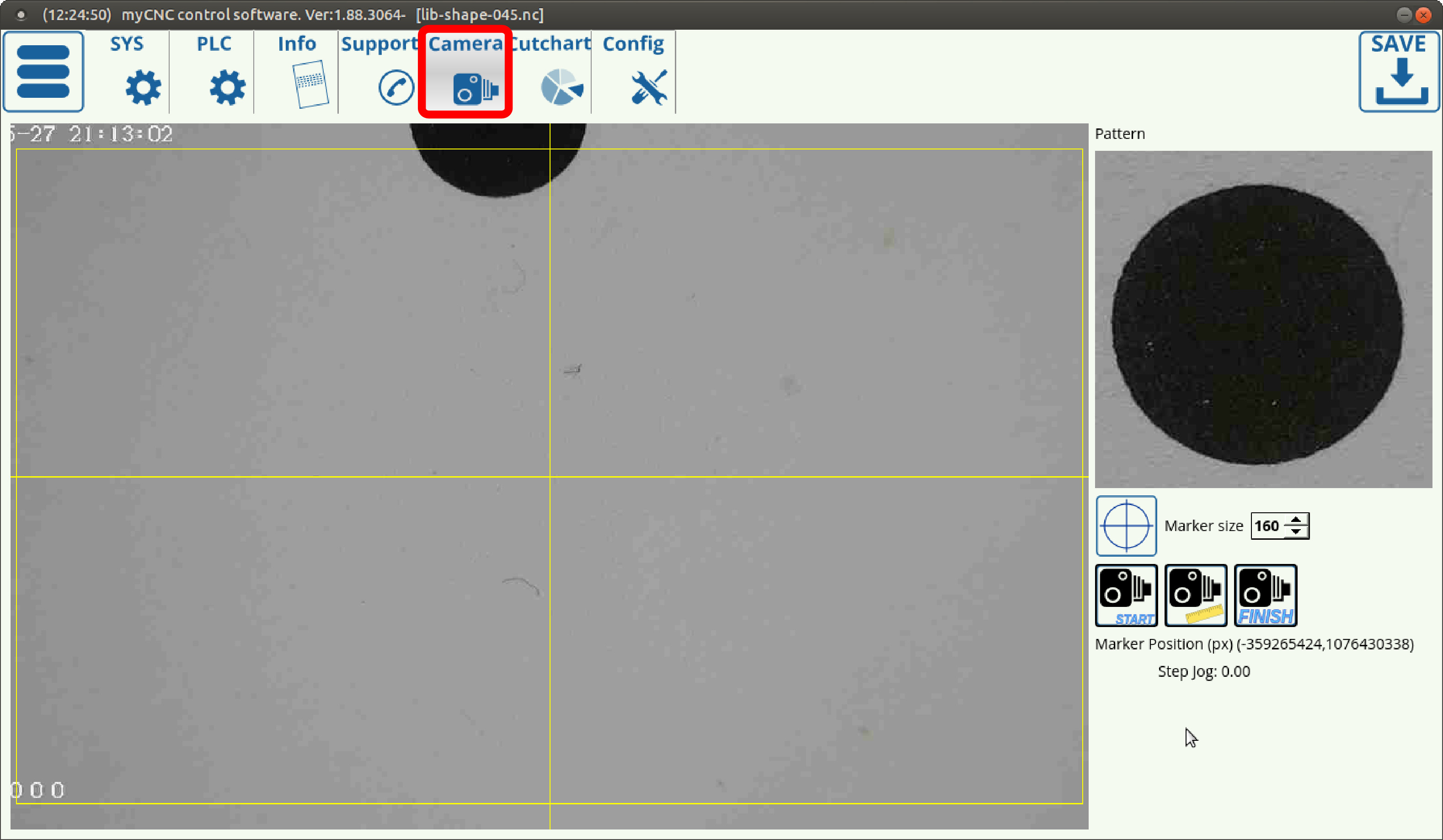 2. Move your camera to the center of the marker and press the Center button 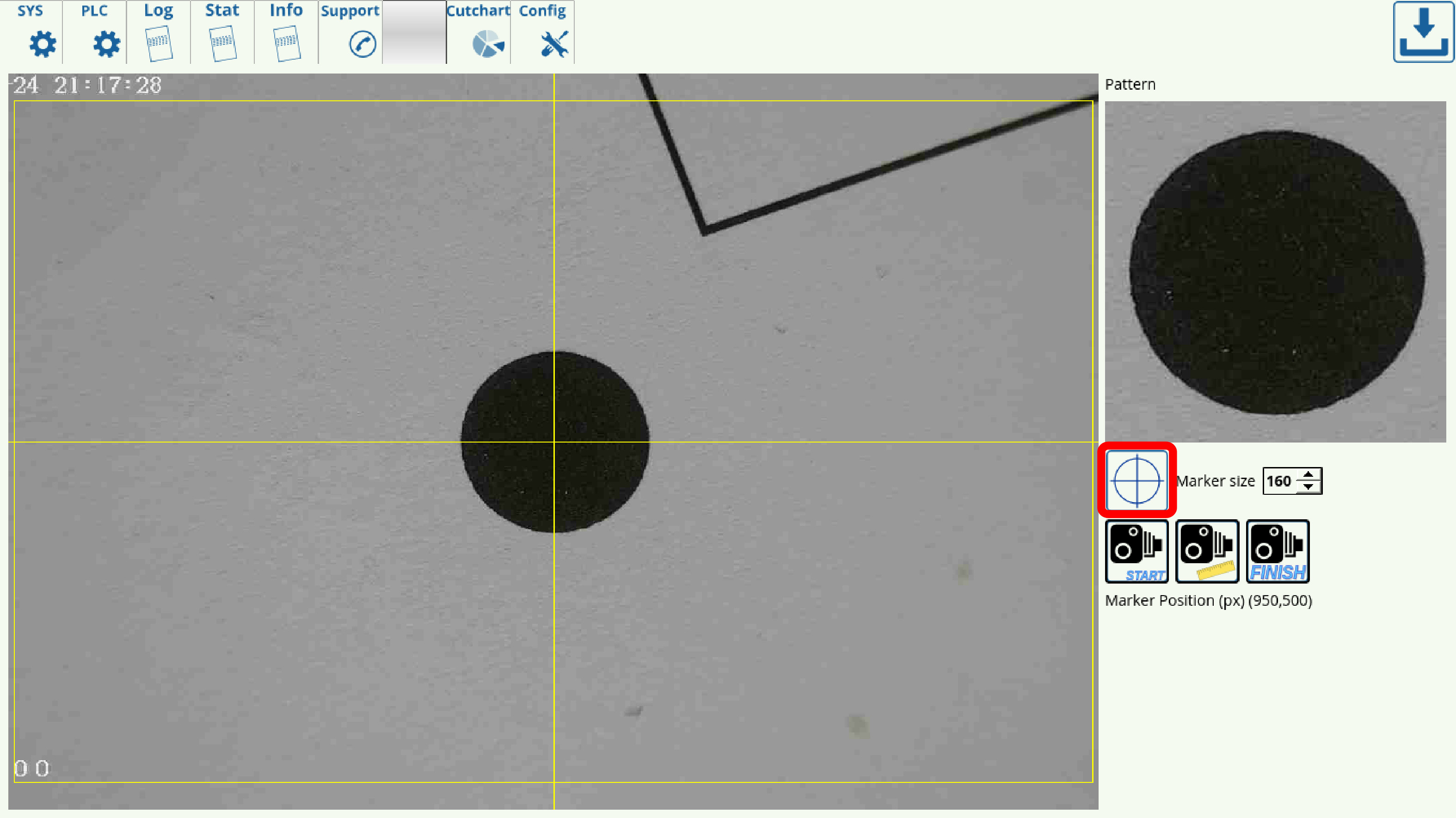 3. Press the Start and Measure buttons, and note the xy-position of the camera before moving it. 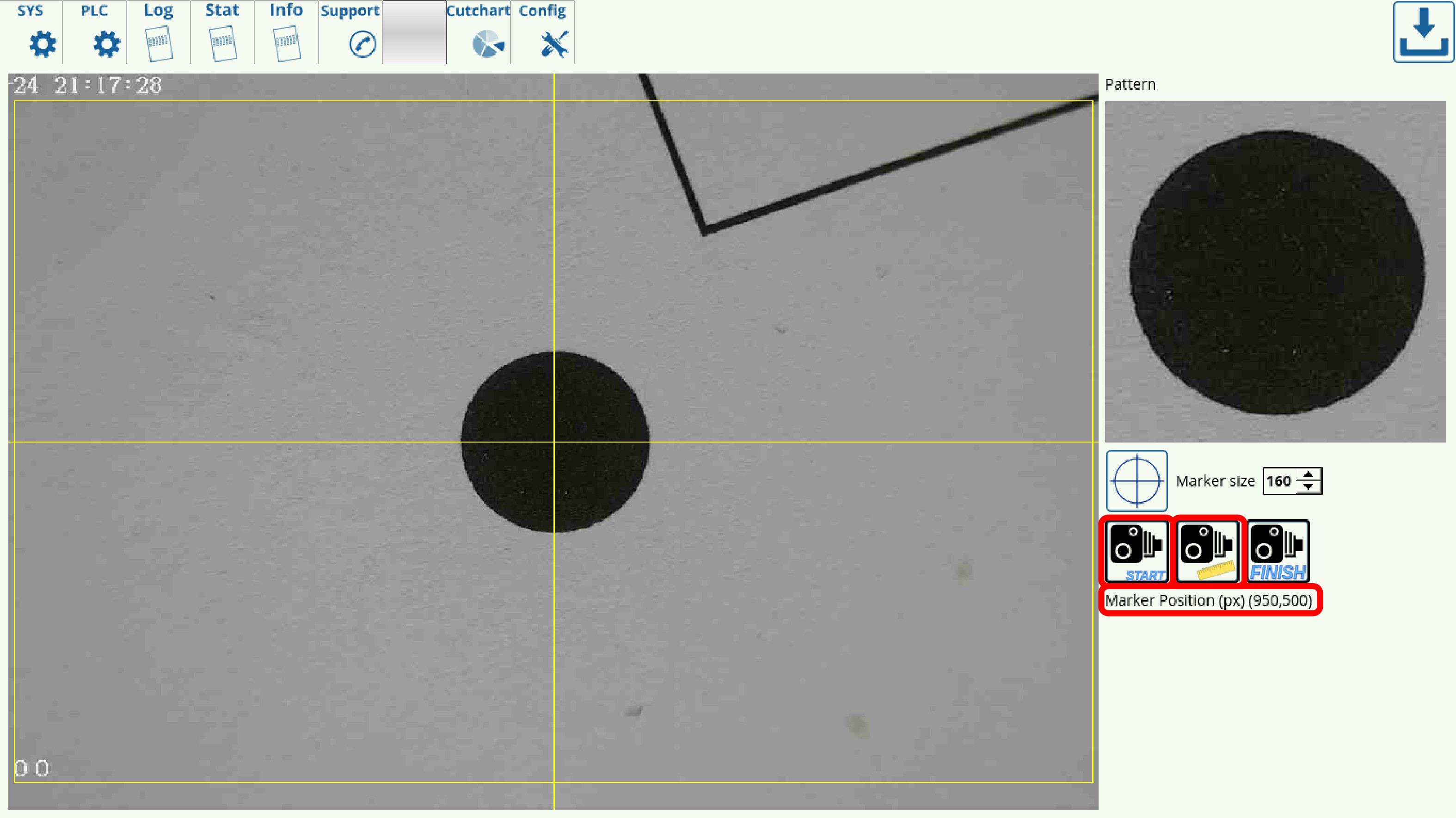 4. Move the camera some distance (in mm) and record that distance. Note the change from the original pixel xy-position, and find out how many pixels the camera has travelled over this movement. Divide the millimeters moved by the pixels travelled to obtain the pixel to length coefficient for each respective axis. 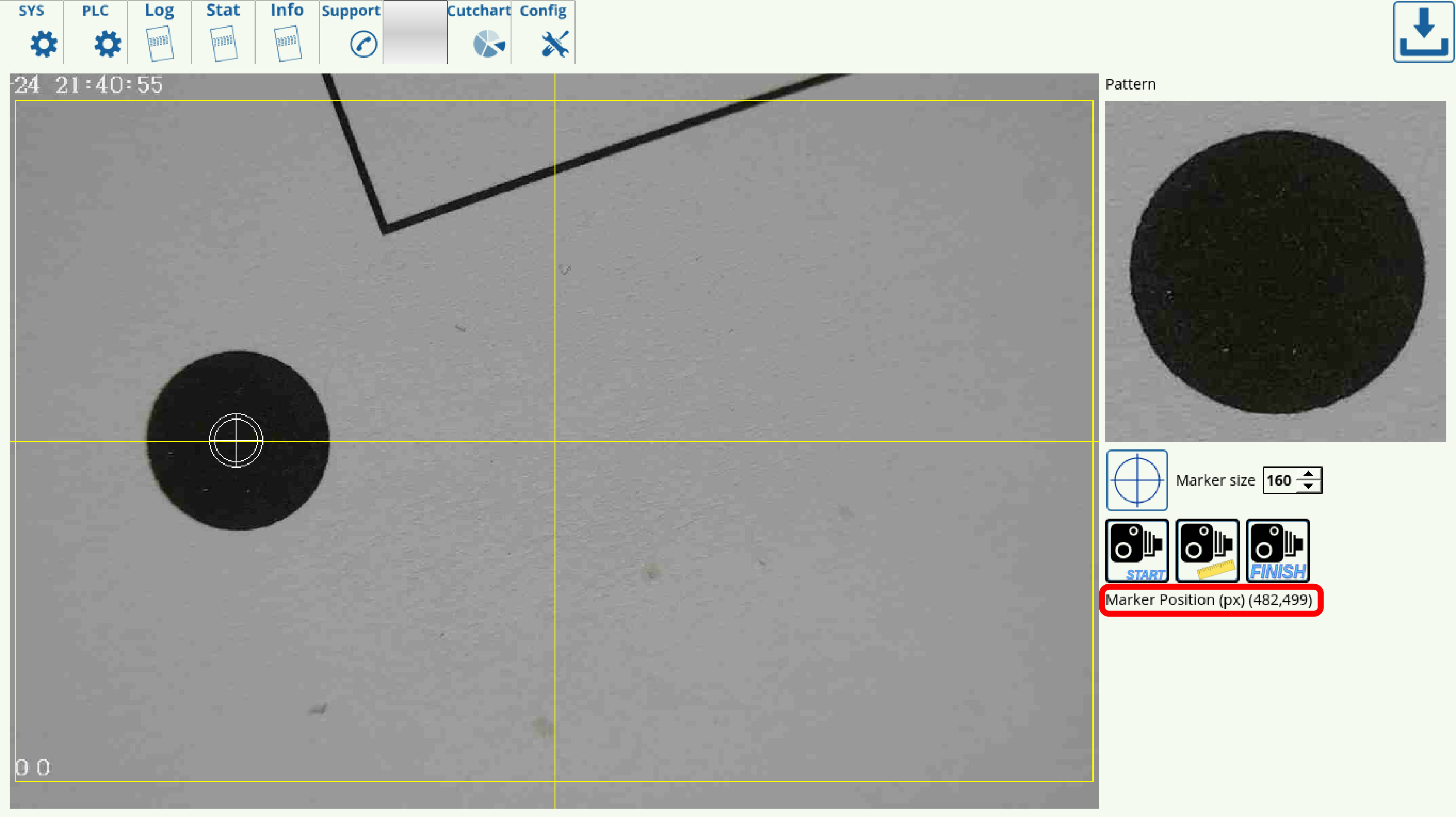 5. Input the new coefficient into the CNC Settings > Camera > Pixel to length coefficient and press Save 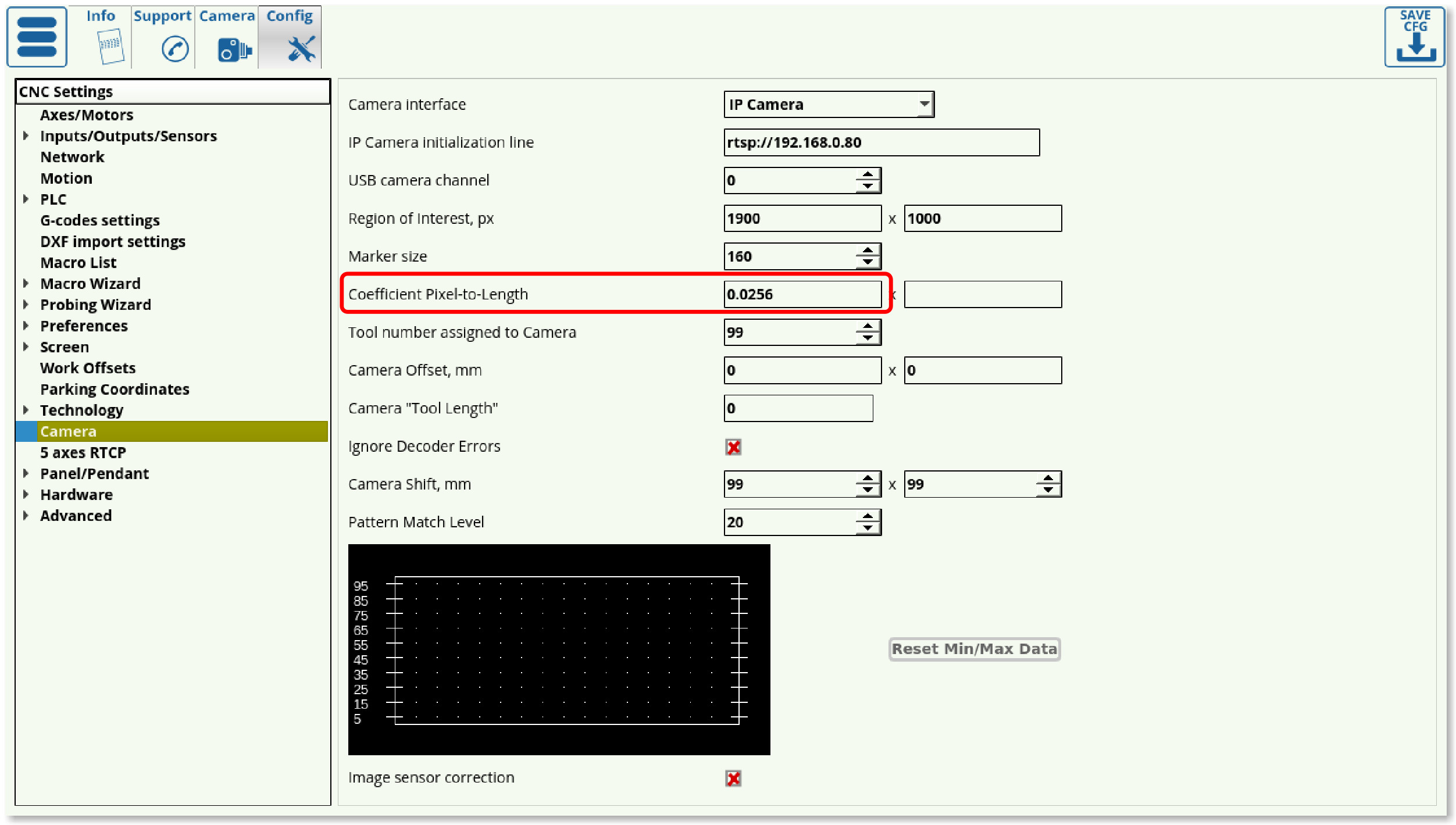 6. Repeat the procedure for the other axis.

After both axes have been calibrated, the machine will now have a proper coefficient of the number of pixels it moved by versus actual distance travelled in millimeters.

Using the hotkeys to move the camera

In order to move the camera straight from the Camera tab, a set of hotkeys have been designed specifically for that purpose. Note that the hotkeys are only present in the more recent versions of myCNC software. Please update the myCNC application if the camera hotkeys are not present in your profile version.

The CNC Vision correction of a program to be used on a shifted or distorted working material can be done easily after the markers have been calibrated. In order to open and use a file with the CNC Vision system, use the following instructions: 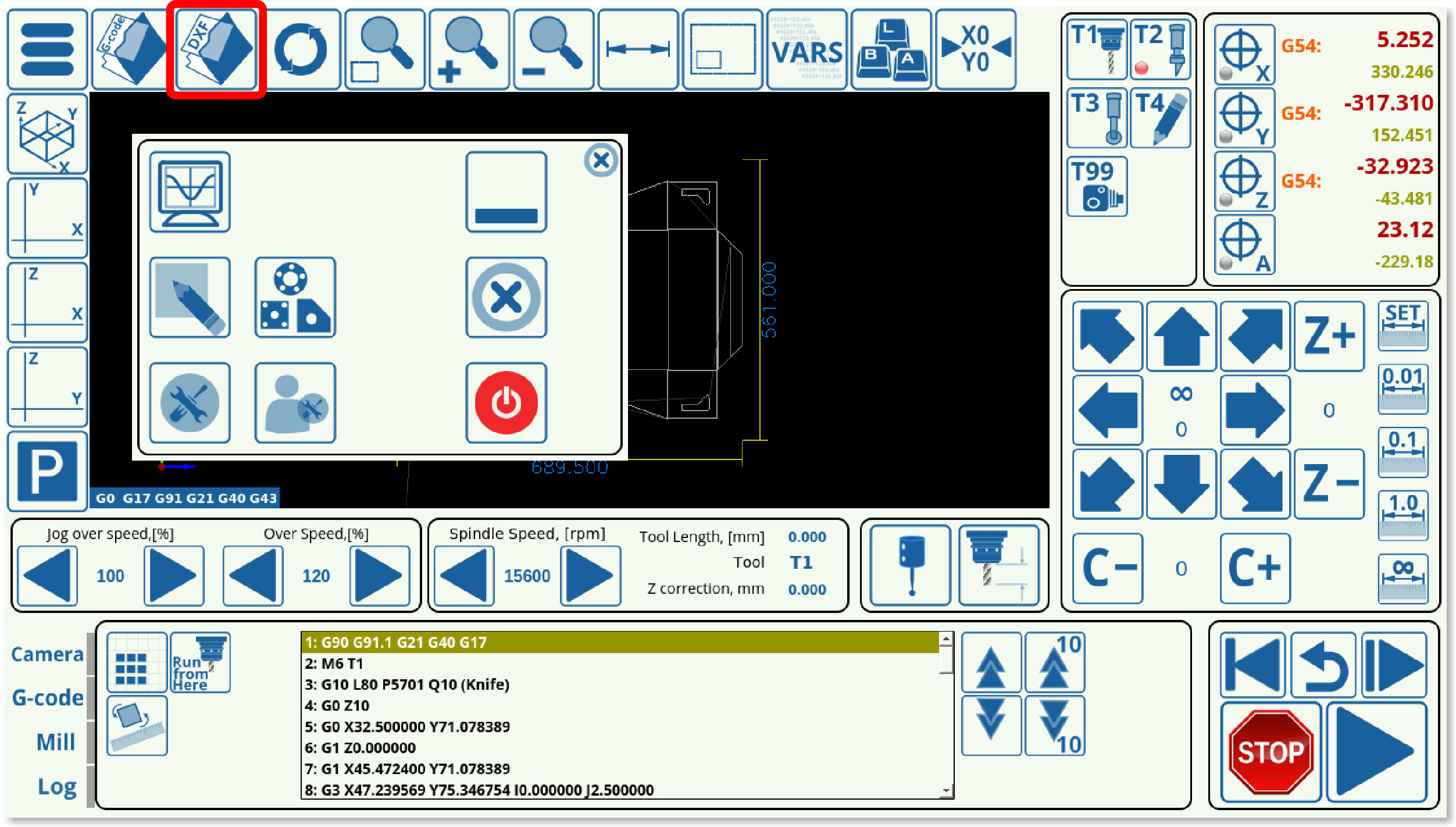 2. Select the particular DXF file you would like to open.

3. When selecting the tools, include Camera as one of the tools, and assign to it the same tool number as the one specified in the Camera Settings (this will be Tool 99 in our case). Assign the other tool or tools and their priorities as necessary for your particular program. 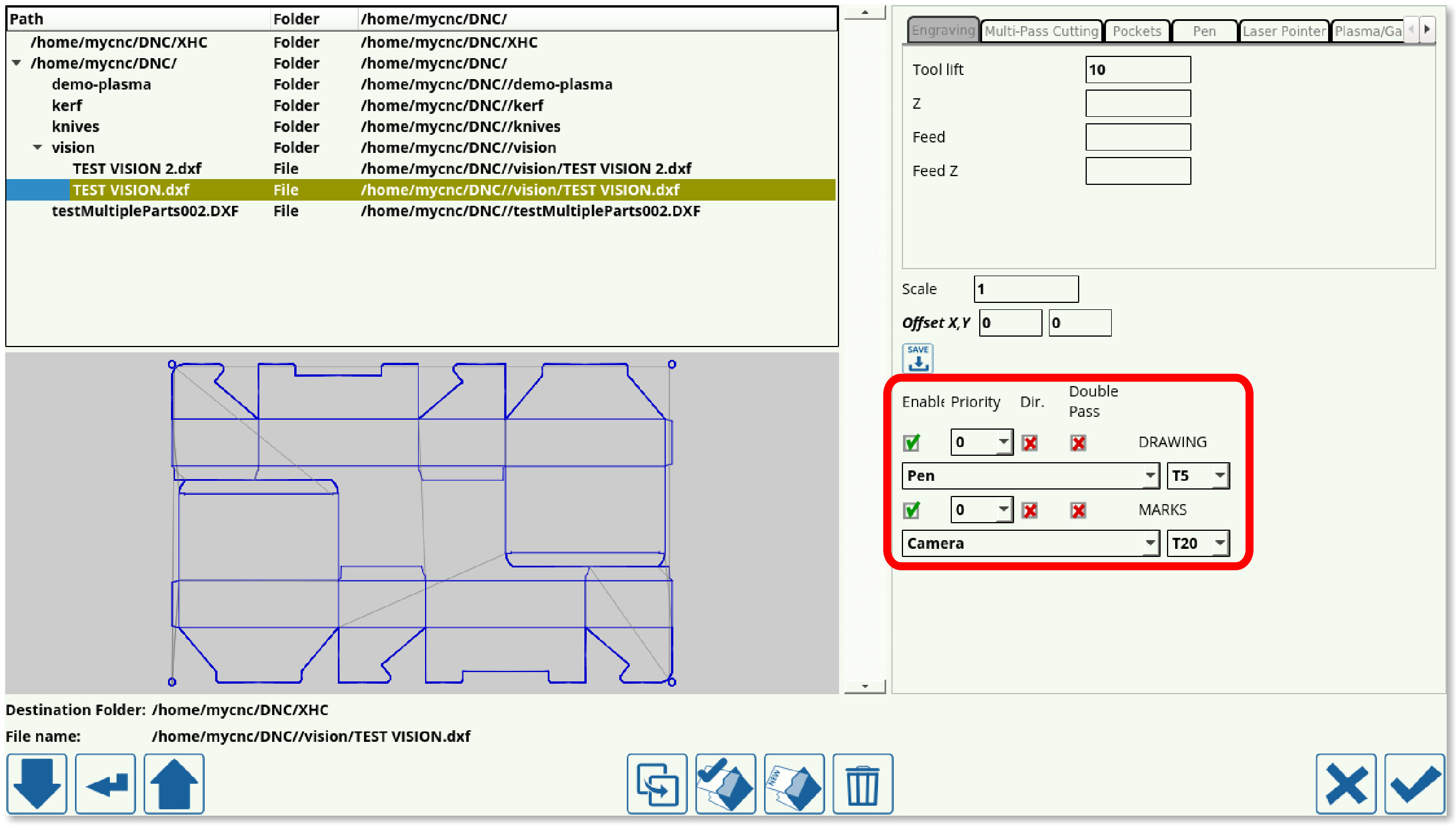 4. Once you have loaded the DXF file, the program should now have inserted the M397, M398, and M399 macros which refer to camera actions into the program G-code. 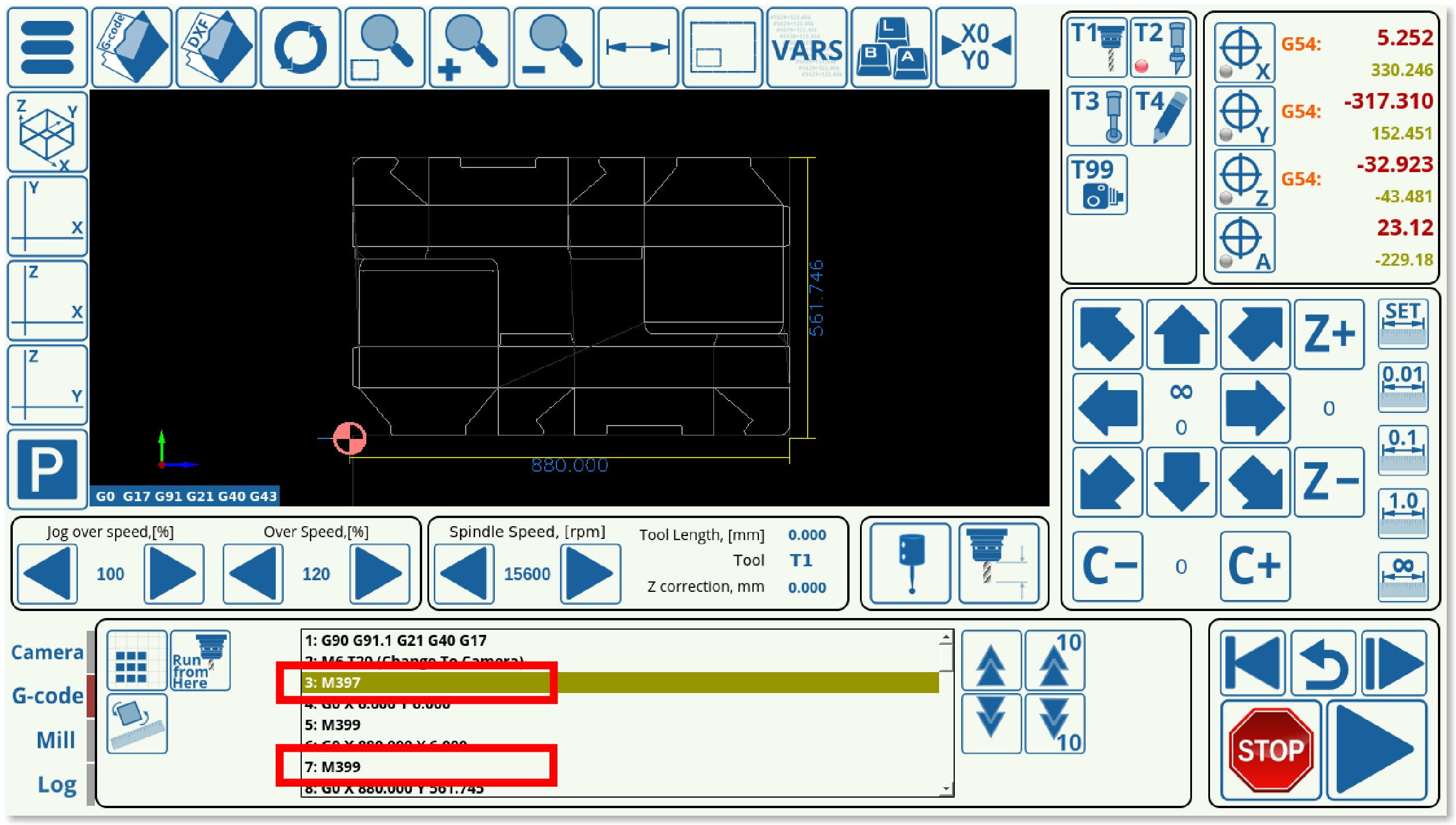 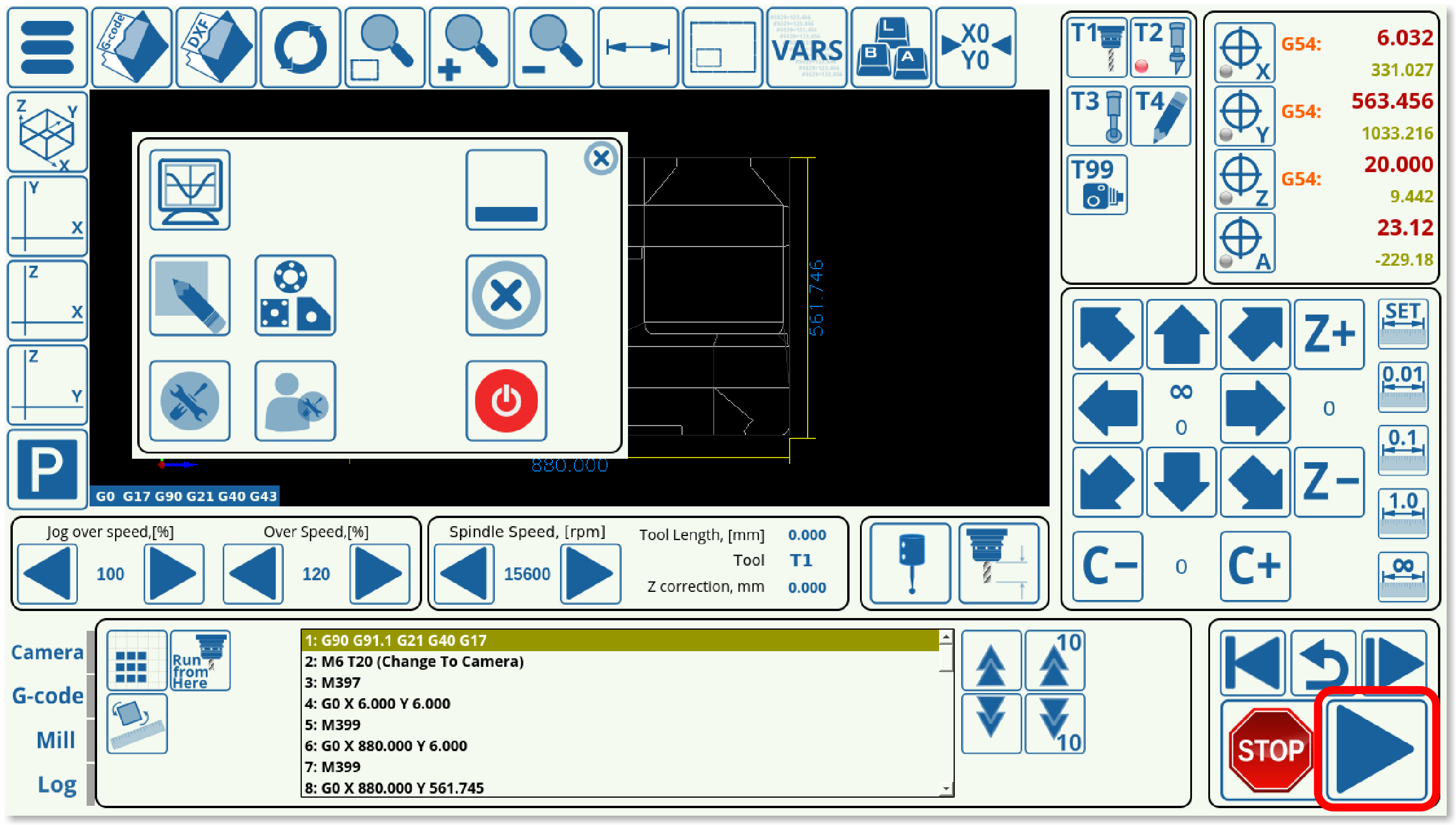 The machine will move the camera towards the supposed marker positions, and, if the markers are not immediately present in the Region of Interest, will move around this supposed marker position by the distance specified by the Camera Shift. After running through the camera macros and locating all of the markers for which the program has been calibrated, the program will automatically adjust for any shift or distortion that was introduced, and will immediately begin running the main program.

NOTE: The program will not begin the main cutting process unless all the markers that were expected to be adjusted for have been located.

A suitable DXF file can be created in an application such as Inkscape. A few rules to follow:

1. The markers should be located outside the part contour (rather than inside of it):

2. The markers and the part contour should be located in different layers (such as Layer 1 for the working part and Camera for the markers, for example):

3. If using Inkscape, make sure to export using the LWPOLYLINE option (instead of the ROBO-Master type):