The Network Setup manual is designed to help the user set up the connection with the controller. Upon opening the Network tab, you are presented with the following window: 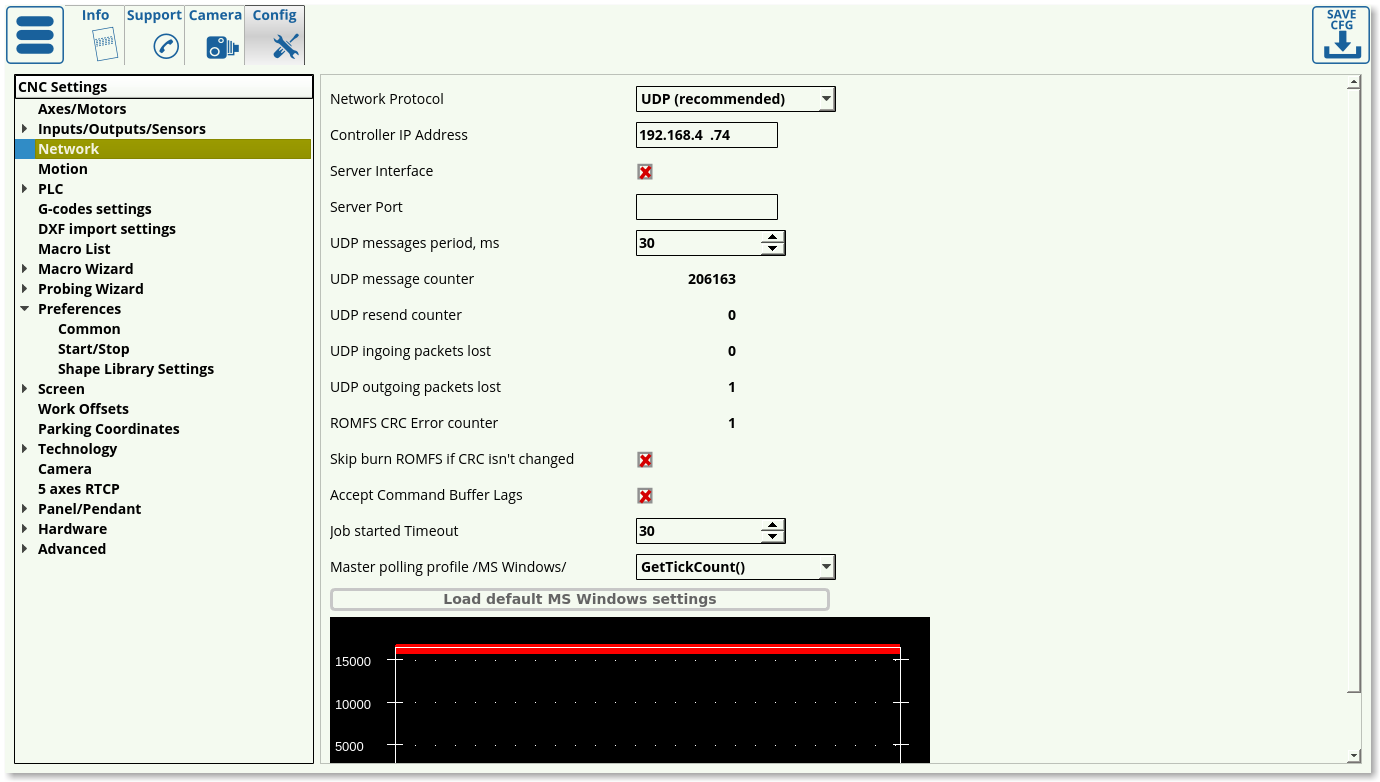 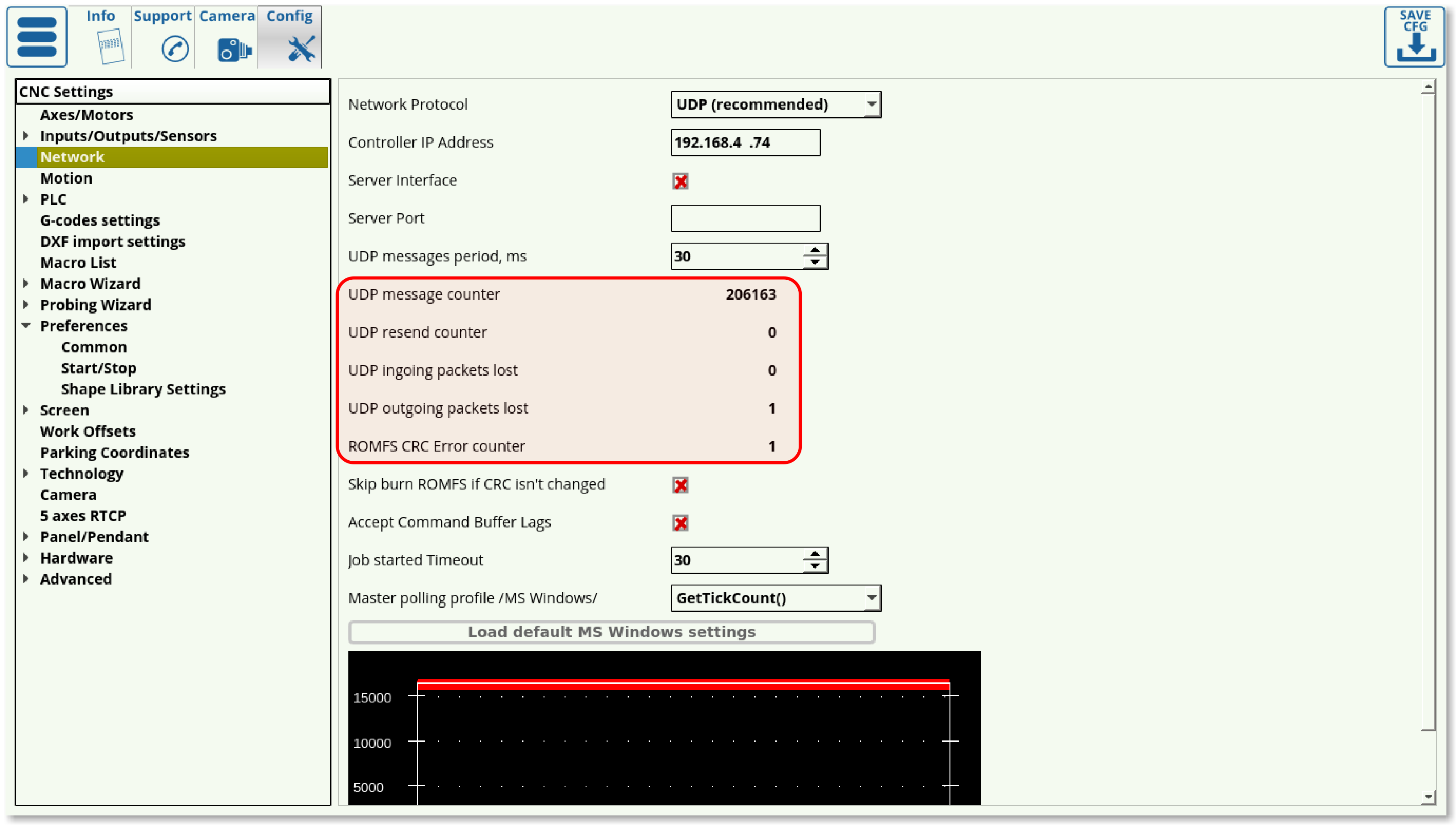 NOTE: If you do not know the IP of the board, or if you want to change it, please consult the Change IP Address of myCNC control board network manual.