Rotate A axis to 0 position

For certain applications, the A axis is programmed as being endlessly rotating. Therefore, the A position (in both machine and program coordinates) may be specified as several thousand degrees after the G-code has completed running. An example of such behaviour can be seen in the screenshot below: 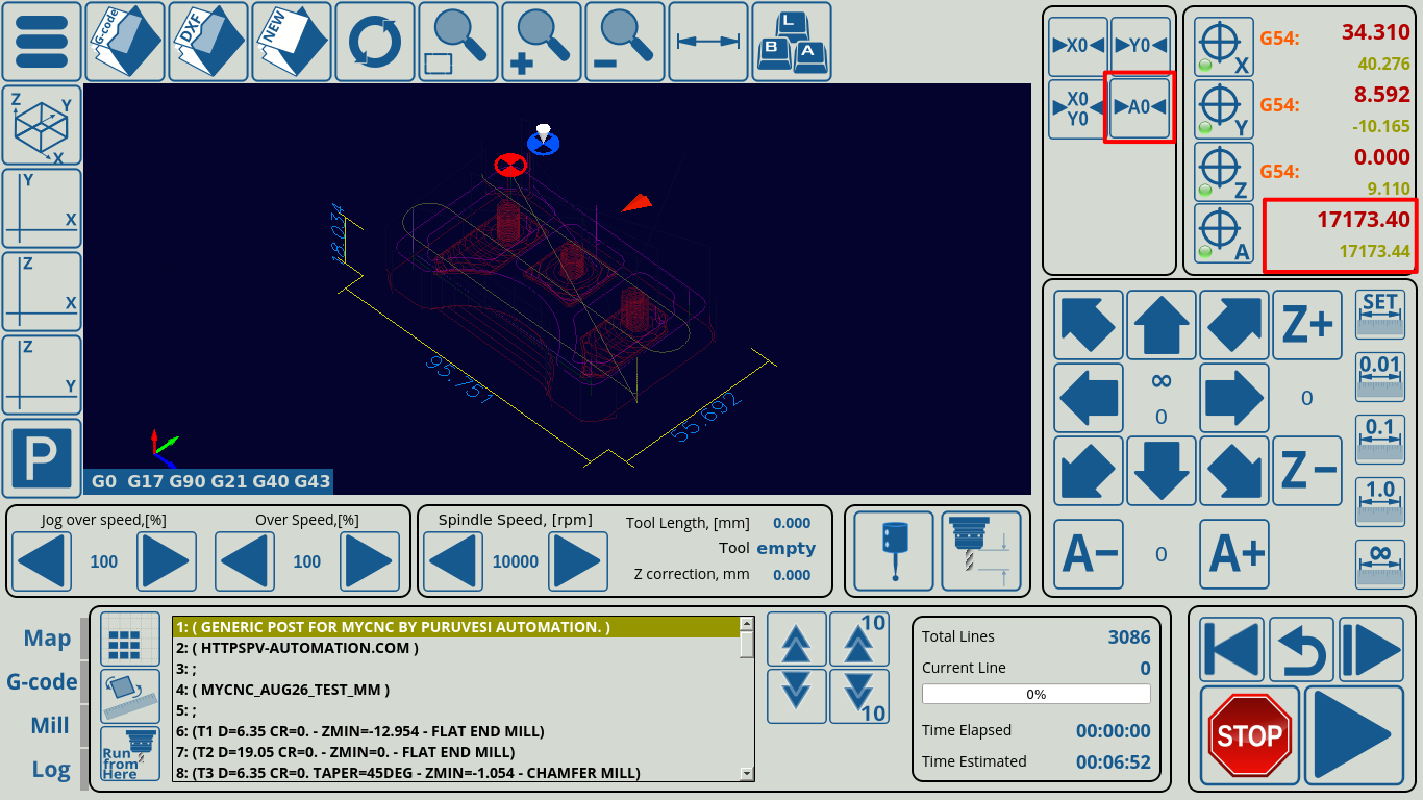 At the start of a new job which uses the A axis, the A position will have to be rewound back to zero before starting a new run. Jogging (physical rotation) to “0” from a large A position left over from the previous job may take a considerable time (can be hundreds of complete turn to run). In some cases it's possible to simply reset the A axis position to zero at the end of the job run, indicating that whatever point the A axis has stopped at will be the next zero, thus saving time on the rewind process. This, however, runs into the problem of losing the proper A-axis orientation which may then require homing. Therefore, the best way to keep the A-axis orientation, but still save time by foregoing the physical rewind back to zero, is to reset all complete rotation turns of the A axis (each 360 degrees), and then physically jog to the A-axis “0”, retaining the previous A-axis orientation.

In the macro we will:

Below is a video which illustrates the way the M309 macro functions:

The main screen of the myCNC software already has a “Move A to 0” button which uses the M309 macro by default, as shown in the screenshot at the top of this page. The process to add such a button to the screen is described here: Add a "Move A to 0" button example, and more information on adding buttons and on-screen elements can be found in the MyCNC Screen Configuration manual.

In cases where it is necessary to lift the tool to the top instead of safe height (global variable #7020), we can edit the first line to use Global Variable #5433, which is our maximum Z-axis limit, or use #5433 - 1, which will be 1 mm lower than the maximum allowable limit to prevent the machine from reaching the very top of the allowable Z-axis travel. The code in this case will look the following way: